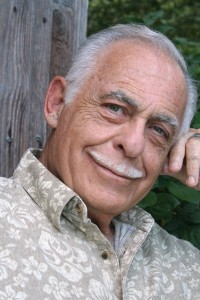 Cusps, published in 2018, is the latest novel in the mainstream series A COMPLEMENT OF LOVERS, which follows the lives of Meg and Rodney, two strong-minded people that want it all: marriage, family and careers. The story begins in the 1960s, detailing the difficulties they encounter. The Road to Frankfurt and Uncoupled cover their married life, while  Never Promise Forever follows Meg and Rodney into the 1970s, depicting how they deal with their separation while maintaining their family. Cusps takes place in Honolulu, where Rodney meets a gay Australian who shows him a side of life he’s been missing. A COMPLEMENT OF LOVERS, the series, is a very different kind of love story.

Heights of Passion was my initial collection of  short stories, focusing on older gay men and those who love and are loved by them. A second volume of short stories, Out of the Box, was published in 2009, followed by two more collections in the STORIES FOR OLDER MEN AND YOUNGER LOVERS series: Discovery of Fire and Love Wanted, Will Travel. Still Young—Tales of the Internet is the fifth volume in the series, published in 2017.

I have degrees in both arts and engineering. Retired in Texas, I travel  and write. My work appeared in magazines, anthologies, and on internet sites under the name Tecumseh. Self-publishing has simplified my efforts to reach a more mature audience.

My writing is informed by everything from my own experiences to tales told to me by friends. Not a fan of physical exercise, I work out to keep in shape.  I hail from Forest Hills, NY and I’m a retired electronics engineer, employed thirty-seven years by the National Security Agency.

Out of the closet for thirty years, I maintain close ties with my wife and daughters, who are my best friends. In addition, I have two grandchildren who are growing apace.

I correspond regularly with my fans, spending time online with a range of readers and authors from around the world. I prefer email for communication and would love to hear from anyone with a question or comment. (See the contact page.)